Doing enterprise computing in the cloud is no longer a novel concept. But what about the edge? You hear more about edge computing, often in the same breath as talking about 5G and the Internet of Things (IoT). So is edge computing just new branding for a type of cloud computing, or is it something truly unique? As is often right on the frontiers of technology, there is room for debate about the answers to these questions and the precise definition of what does and does not qualify as edge computing.

Gartner defines edge computing as “a part of a distributed computing topology in which information processing is located close to the edge – where things and people produce or consume that information.”

Mobile edge computing: the edge of the mobile network

Edge computing in telecom, often referred to as Mobile Edge Computing, MEC is identified as a critical enabler for IoT and mission-critical, vertical solutions, and is recognized as one of the key architectural concepts and technologies. The concept of MEC was defined by ETSI (European Telecommunications Standards Institute) as a new technology that provides an IT service environment and cloud-computing capabilities at the edge of the mobile network, within the Radio Access Network – RAN and in close proximity to mobile subscribers. ETSI has published a white paper on MEC, and MEC has been considered a key emerging technology, which is vital for future generation networks.

In this respect, the Multi-access Edge Computing paradigm (MEC) defines an emerging network infrastructure to deliver low-latency, bandwidth-efficient, and resilient end-user services. It is worth clarifying that this approach does not intend to replace cloud-based infrastructures, but rather, it aims to increase computation, networking, and storage resources at the network edge, by means of intermediate layers placed between end-user devices and Cloud. As a result, it is crucial to design the efficient entities placed at the network edge, which act as an interface between cloud services and IoT devices. 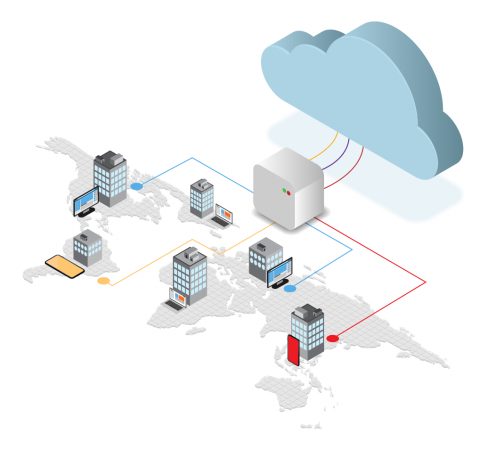 Owing to its advanced features, such as low latency, proximity, high bandwidth, and real-time insight into radio network information and location awareness, MEC enables a large number of new types of applications and services for multiple sectors, such as consumer, enterprise, and health. In particular, in research by London Southbank University, MEC is deemed to be a promising solution for handling video streaming services in the context of smart cities.

The valuable data can be transmitted to the application server to reduce core network traffic. Augmented Reality (AR) mobile applications have inherent collaborative properties in terms of data collection in the uplink, computing at the edge, and data delivery in the downlink, according to Dr S.Lin and W.Li. AR data require low latency and a high rate of data processing in order to provide the correct information depending on the location of the user.

The processing of data can be performed on a local MEC server rather than on a centralized server to provide a perfect user experience. In addition, a vehicular delay-tolerant network-based smart grid data management scheme that leverages the mobile edge computing paradigm was proposed in IEEE Magazine 2016. The IoT generates additional messaging on telecommunication networks and requires gateways to aggregate the messages and ensure low latency and security.

A new architecture by leveraging MEC to collect, classify, and analyze the IoT data streams was introduced in Dr Xiangsun’s study. The MEC server is responsible for managing various protocols, distribution of messages, and for processing of analytics. The MEC environment creates a new value chain and an energized ecosystem, which in turn creates new opportunities for mobile operators and application and content providers.

Consider the case of autonomous cars and the networked systems to support them. Distributing navigation software updates to vehicles overnight, as Tesla and others already do, is a fine application for cloud computing. At the other extreme, the decision of whether to veer left or right to avoid a pedestrian running across the street probably needs to be made independently by an onboard computer – it’s certainly no time to wait for a server in a remote data center to respond.

In between, networked traffic systems could play a productive role at the edge of the network, which might mean computing nodes placed in traffic lights and cell towers. For example, if a driver is speeding the wrong way down the highway toward you, telling your car which way to veer off the road (without colliding instead with the broken-down car on the shoulder) is something you would like to happen in a very small number of milliseconds.

If our hypothetical autonomous vehicle traffic system operates over 5G mobile networks, the bandwidth and low latency of that networking technology would speed connectivity to vehicles and roadside sensors. The question is, once the signal reaches the nearest mobile network node, where does it go from there? In a life-or-death application, you would like to have the data processed right there as the roadside – or as close to that as possible – so the collision avoidance message can make it to your car while there is still a possibility of saving your life

An IoT gateway device bridges the communication gap between IoT devices, wireless vibration sensor, equipment, systems and the cloud. By systematically connecting the field and the cloud, IoT gateway devices offer local processing and storage solutions, as well as the ability to control field devices based on data input by sensors autonomously.

An Edge Gateway sits at the intersection of edge systems, between the external internet and the local intranet that is being used by the other devices in your ecosystem. Thus it is the key access point for network connectivity, both inside and outside your device ecosystem.

How Does an IoT Gateway Device Work?

As the abilities and needs of devices increase, it is often not possible to have them communicate directly with systems. Some sensors and controllers don’t support energy-intensive protocols like Wi-Fi or Bluetooth. Some devices aggregate data so that it is overwhelming and invaluable in its raw form, and they are all connecting to a variety of public and private networks.

An IoT gateway performs several critical functions from translating protocols to encrypting, processing, managing and filtering data. If you imagine an IoT ecosystem, a gateway sits between devices and sensors to communicate with the cloud. 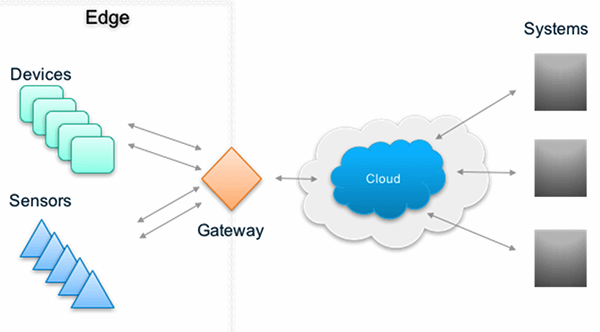 Some people argued in the early days of cloud computing that the public cloud compute utility would subsume other forms of computing, much as electric utilities did, Gordon Haff – Red Haff’s product strategist notes.

“However, a centralized utility for IT was never a realistic expectation,” Haff says. “Even public clouds themselves have evolved to offer provider-specific differentiated services, rather than competing as commoditized utilities. But more generally, edge computing is a recognition that enterprise computing is heterogeneous and doesn’t lend itself to limited and simplistic patterns.

“Edge computing only replaces public clouds in a world where public clouds were going to capture all workloads otherwise. And that world isn’t this one,” Haff says.

Some of the same container technologies that have become important for moving workloads between enterprise systems and the cloud will be employed for distributing computing to edge locations.

Systems for metering usage and billing customers may be proprietary, but one lesson learned from the cloud computing era is that the most successful computing services operations are those that embrace open software and standards, says Adam Drobot, chairman of the board at OpenTechWorks Inc.

Adib of STL Partners says many of the companies she advises in the manufacturing, oil and gas, and telecommunications industries feel they have been burned in the past by proprietary legacy technologies. “They’re trying not to replicate the mistakes of the past,” she says. “Also, they don’t yet know who to work with…and they don’t want to be locked into any application or system that they can’t rip out if they want to.”

Real-time performance is one of the main reasons for using an edge-computing architecture, but not the only one. Edge computing can also help prevent overloading network backbones by processing more data locally and sending to the cloud only data that needs to go to the cloud. There could also be security, privacy, and data sovereignty advantages to keeping more data close to the source rather than shipping it to a centralized location.

The edge and the cloud coexist.

No one is going to abandon the cloud in favour of the edge. As the FCC white paper puts it, “Many industry experts are pushing back on the notion that cloud and edge computing are in competition with each other. Instead, forward-looking organizations, and even many public cloud service providers, are beginning to consider how to employ both selectively.”

In other words, functions best handled by the computing split between the end device and local network resources will be done at the edge. At the same time, big data applications that benefit from aggregating data from everywhere and running it through analytics and machine learning algorithms running economically in hyper-scale data centres will stay in the cloud. And the system architects who learn to use all these options to the best advantage of the overall system will be heroes.

“I think it’s going to be very rare that an application will live only in edge computing,” Adib says. “It’s going to need to communicate and interact with other workloads that are in the cloud or an enterprise data centre or on another device.”