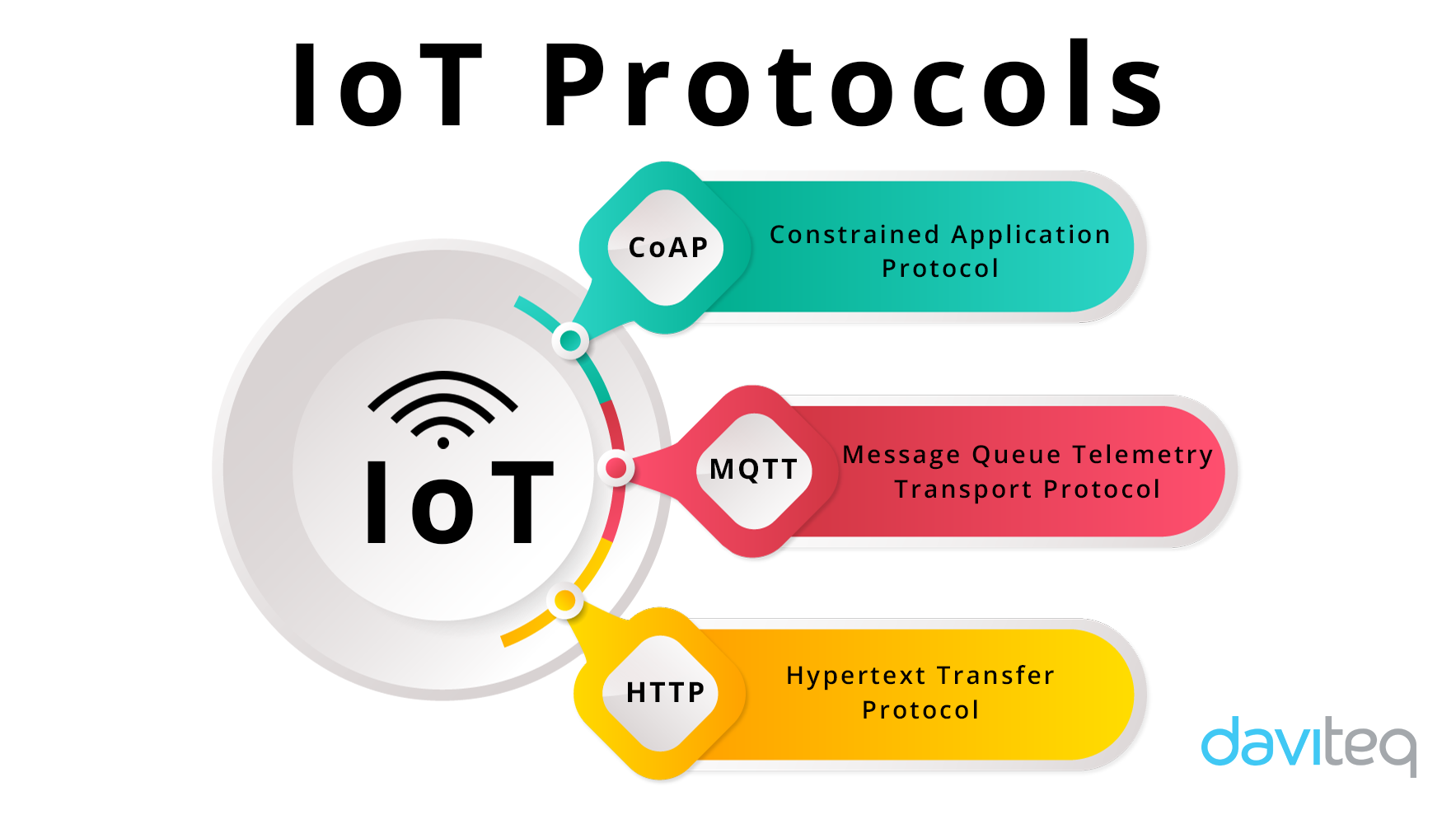 What are the most popular IoT protocols? Characteristics and Applications of them

Internet of Things (IOT) is the technology that allows us to transmit data from and commands to smart devices in real-time. IoT is a network of devices connected via the Internet, with a hub that can analyze the aggregated data. The IoT endpoints can be a person, an animal, a home, a farm, a building, or a whole city. But in all cases these things “talk” to each other without any human intervention via an IoT protocol.

There are different protocols for the different layers in an IoT architecture and in this paper we take a look at just a few of them, include: MQTT, HTTP and CoAP. 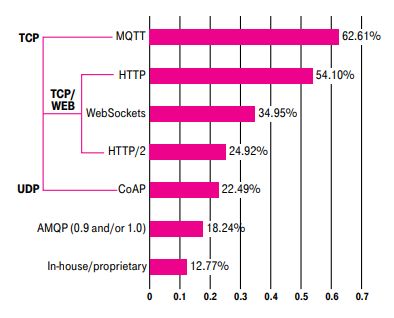 MQTT is a machine to machine internet of things connectivity protocol. 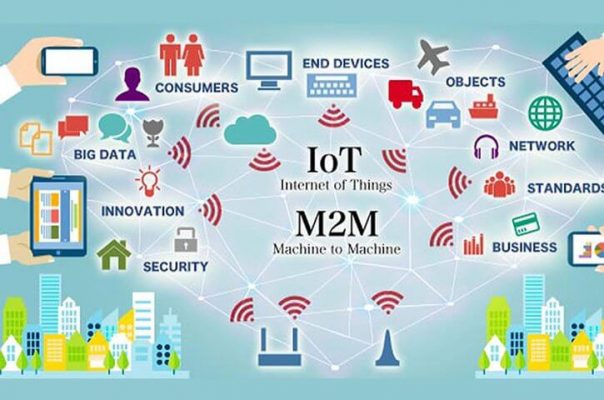 The world of M2M (Machine to Machine)

It is a publish and subscribe system where we can publish and receive the messages as a client. It makes it easy for communication between multiple devices.

It is a simple messaging protocol designed for the constrained devices and with low bandwidth, so it’s a perfect solution for the internet of things applications.

It is an extremely lightweight and publish-subscribe messaging transport protocol. It is useful for the connection with the remote location where the bandwidth is a premium. These characteristics make it useful in various situations, including constant environments such as for communication machine to machine and internet of things contexts.

The MQTT has some unique features which are hardly found in other protocols. Some of the features of an MQTT are given below:

To understand the MQTT architecture, we first look at the components of the MQTT: message, client, server and topic.

In MQTT, the subscriber and publisher are the two roles of a client. The clients subscribe to the topics to publish and receive messages. In simple words, we can say that if any program or device uses an MQTT, then that device is referred to as a client. A device is a client if it opens the network connection to the server, publishes messages that other clients want to see, subscribes to the messages that it is interested in receiving, unsubscribes to the messages that it is not interested in receiving, and closes the network connection to the server. 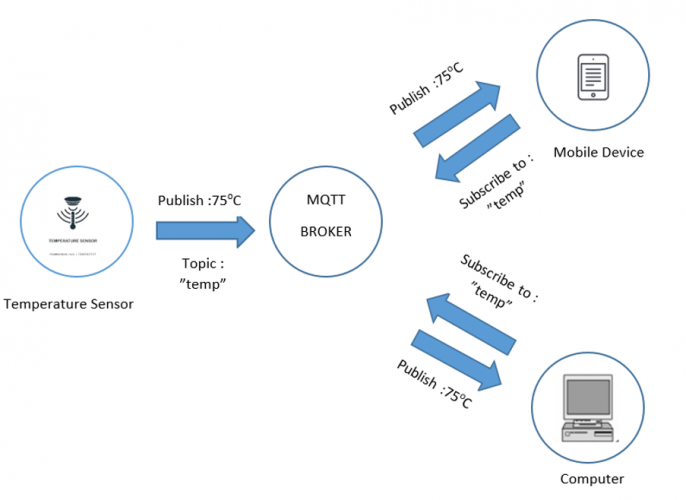 Publish: When the client sends the data to the server, then we call this operation as a publish.

Subscribe: When the client receives the data from the server, then we call this operation a subscription.

The name of the Topic

The label provided to the message is checked against the subscription known by the server is known as TOPIC.

Facebook currently uses MQTT for its Messenger app, not only because the protocol conserves battery power during mobile phone-to-phone messaging, but also because the protocol enables messages to be delivered efficiently in milliseconds (ms), despite inconsistent internet connections across the globe.

MQTT is well suited to applications using M2M and IoT devices for purposes such as real-time analytics, preventative maintenance and monitoring in environments, including smart homes, healthcare, logistics, industry and manufacturing

Advantages and disadvantages of MQTT protocol

To be more specific, HTTP is a stateless request/response protocol where clients request information from a server and the server responds to these requests accordingly (each request is independent of the other). It allows the fetching of resources, such as HTML document

What is the purpose of HTTP?

HTTP was invented alongside HTML to create the first interactive, text-based web browser: the original World Wide Web. Today, the protocol remains one of the primary means of using the Internet. 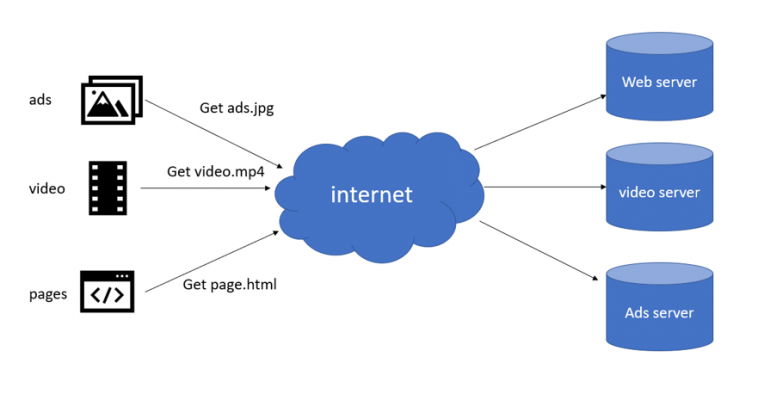 Data through the internet

How does HTTP work?

HTTP data rides above the TCP protocol, which guarantees reliability of delivery, and breaks down large data requests and responses into network-manageable chunks.

This is how it works: at first, clients send a SYN packet to the server and then the web server will respond with SYN-ACK packet to confirm success of receiving. After which, the client again sends a ACK packet, concluding a connection establishment – this is also commonly referred to as a 3-way handshake. In addition, the client sends a HTTP request to the server for a resource and waits for it to respond to a request. Then the web server will process the request, find the resource and send the response to the client. If no more resources are required by the client, it sends a FIN packet to close the TCP connection.

HTTP protocol is used for bootstrap the World Wide Web to transmit data in the form of text, audio, images, and video from the Web Server to the user’s web browser and vice versa. HTTP is currently the data transmission platform of today’s web browsing application and is widely used in Internet of Things systems. Even though Http protocol has many disadvantages in transmitting data and is not as suitable as those proficient protocols such as MQTT, CoAP, AMQP using for IoT, this protocol is still popular in smart-home industry as well as many advanced microcontrollers and microprocessor. For example, systems which are based on the new generation of raspberry pi use http protocol to transmit data. Arduino also uses this protocol to communicate with other devices. Besides, there are 3 more new versions of http which have manifested in order to compensate for the downsides of the old one and to be applied for particular situations.

Advantages and disadvantages of HTTP

CoAP is a simple protocol with low overhead specifically designed for constrained devices (such as microcontrollers) and constrained networks. This protocol is used in M2M data exchange and is very similar to HTTP, even if there are important differences that we will discuss later.

CoAP has the following main features:

CoAP interactive model is similar to HTTP’s client/server model. CoAP employs a two layers structure. The bottom layer is a message layer that has been designed to deal with UDP and asynchronous switching. The request/response layer concerns communication methods and deals with request/response messages. 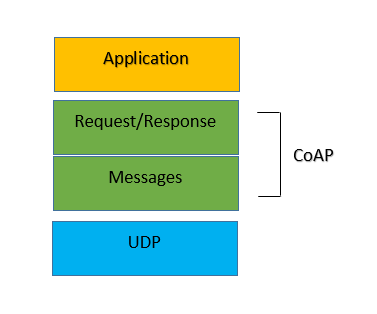 Reliable message transport:  A CON message is retransmitted until the recipient sends an ACK message with the same message ID. Using default timeout and decreasing counting time exponentially when transmitting a CON message. If a recipient is not able to process a message, it responses by replacing ACK message with RST message. 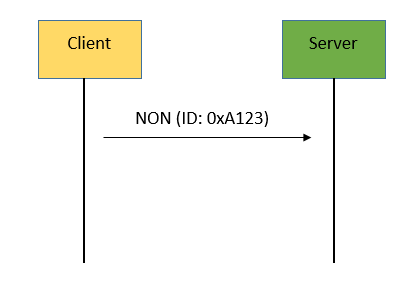 Two GET requests with immediate responses, one successful, one not found 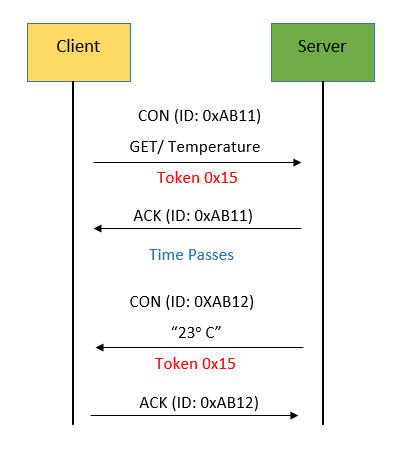 A GET request with a separate response

Advantages and Disadvantages of CoAP

Information appliance, control equipment and communication equipment in Smart home networks have the characters of low-cost and lightweight. Thus, CoAP could be seen as the best protocol choice for home communication networks.

Smart home network provides controlling and monitoring energy of home devices. Energy control systems employ smart socket management and monitor power consuming equipment to provide voltage, current and other energy information. It could realize accident warning, remote control and dynamic energy saving. Every data collection node with a CoAP client could exchange information with other nodes. CoAP could both be installed in LAN or Internet. Unlike many wireless protocols for home automotive devices, CoAP is designed not constrained in a local network but provides the fundamental basis of the web. 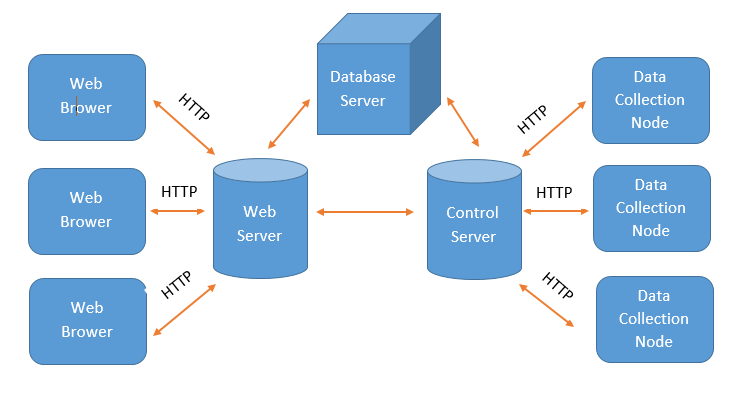 In system networking, data collection nodes consist of one proxy, smart socket and wireless data collection module. Energy information and environment information of equipment is collected by the smart socket and transported to a data collection module through wireless channel, then sent serial data to proxy to process and pack data. Control server analyzes all the data and stores it in a database. The system integrates home network and Internet, users can access the system webpage to remotely control switches, manage configuration, query energy consumption, etc.

In general, there are numerous different IoT protocols that support the Internet of Things and HTTP, MQTT, CoAP are the three main dominant protocols in the IOT market nowadays because of its superb benefits which we have already discussed above. However, it is noticeable that while HTTP protocol is suitable for web browsing application, the other two are more fitting in the IoT purposes such as real-time communication, preventative maintenance and monitoring in environments, including smart homes and manufacturing industry.

Overall, what is really important in applying IoT technique is the awareness of the business’s requirements as well as the advantages and drawbacks of the protocols offered by the market, and the ability to choose to best suit specific cases. Thanks for reading this article. If you have any question, feel free to contact us at email: info@daviteq.com 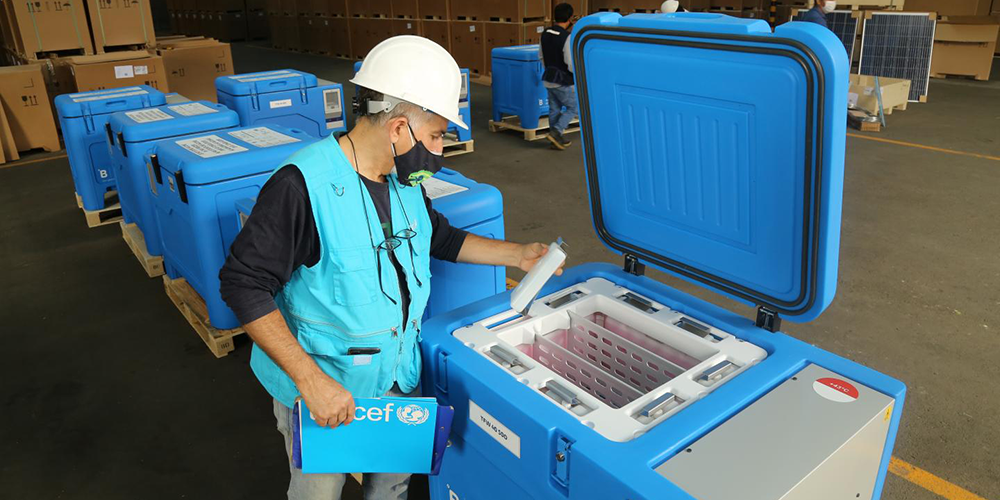 In Peru, the sun helps vaccines keep their cool

Solar-powered freezers, procured through UNICEF, will help COVID-19 and other routine vaccines reach Peru’s remote communities. Source: UNICEF/UNI388057/VilcaA As COVID-19 vaccines start to roll out, Peru is preparing to deliver doses to millions of people from the Amazon to the Andes. In a country where one in five rural households doesn´t have access to electricity, storing vaccines at the right temperature can be a challenge.  Solar-powered refrigeration  Part of the… 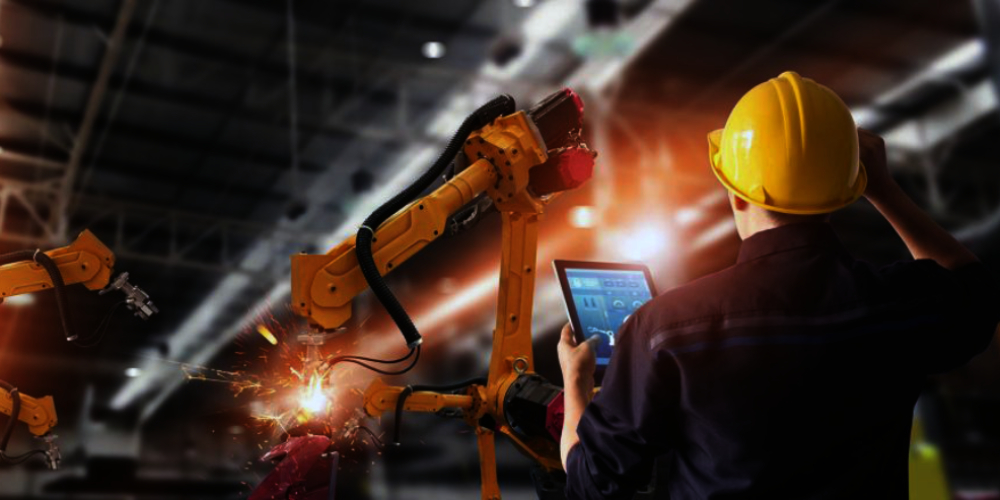 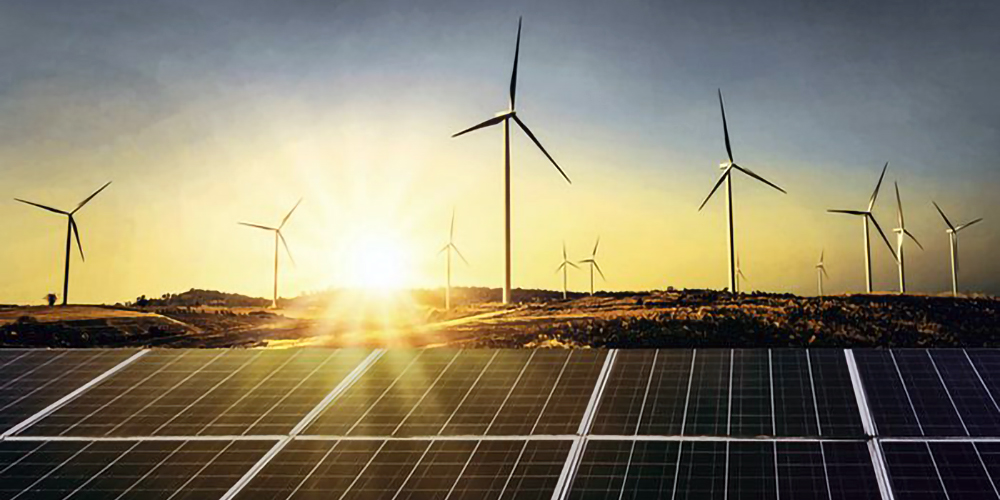 On day two of IoT World Today, utility providers and experts discussed the pressures the industry has sustained in the wake of COVID-19. Key takeaways from this article include the following: The utilities market has faced challenges in delivering always-on services during the COVID-19 era. The energy sector, like other critical infrastructure, has also suffered… 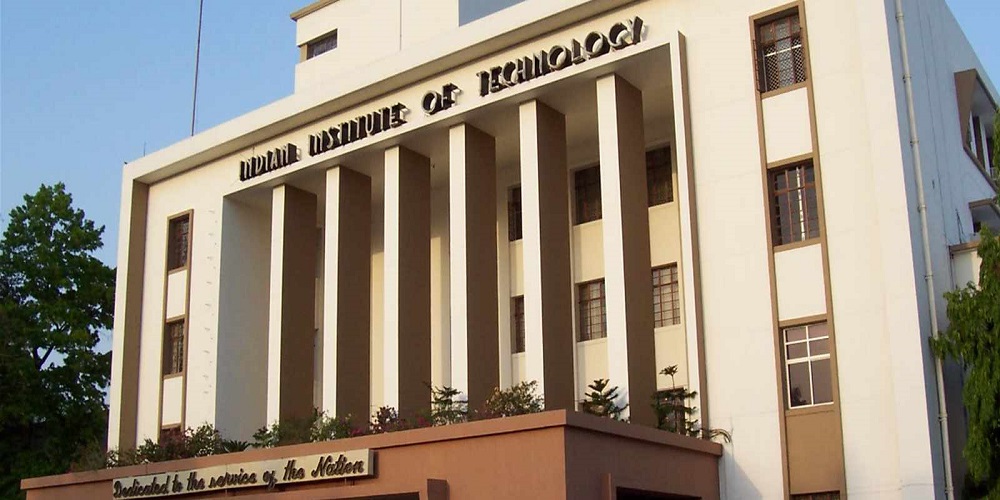