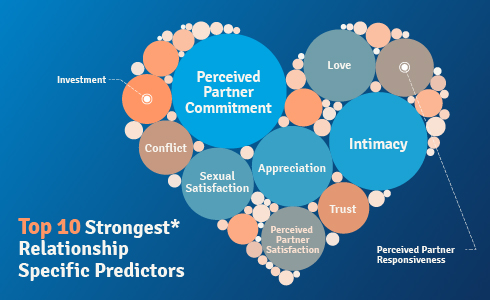 The most reliable predictor of a relationship’s success is the partners’ belief that the other person is fully committed, a Western University-led international research team has found.

Other important factors in a successful relationship include feeling close to, appreciated by and sexually satisfied with your partner, says the study – the first-ever systematic attempt at using machine-learning algorithms to predict people’s relationship satisfaction.

“Satisfaction with romantic relationships has important implications for health, wellbeing and work productivity,” Western Psychology professor Samantha Joel said. ”But research on predictors of relationship quality is often limited in scope and scale, and carried out separately in individual laboratories.”

The massive machine-learning study, conducted by Joel, Paul Eastwick from the University of California, Davis, and 84 other scholars from around the world, delved into more than 11,000 couples and 43 distinct self-reported datasets on romantic couples.

This comprehensive study, published by Proceedings of the National Academy of Sciences, provides provisional answers to the perennial question: ‘What predicts how happy I will be with my relationship partner?’ Joel used machine learning – an application of artificial intelligence (AI), to comb through vast combinations of predictors – far more than a single researcher could hope to analyze in a lifetime. This is to find the most robust and reliable predictors of relationship satisfaction.

According to the study, relationship-specific predictors like ‘perceived partner commitment,’ ‘appreciation’ and ‘sexual satisfaction’ account for nearly half of variance in relationship quality. 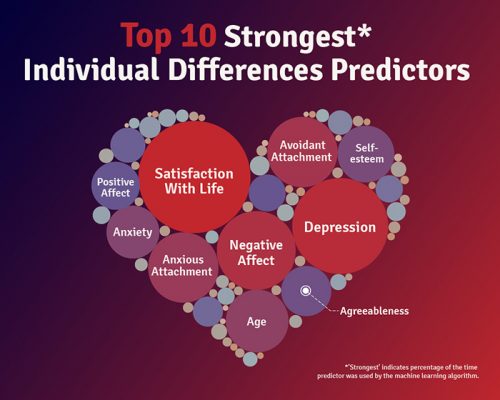 In modelling-simulation terms, the individual differences did not seem to regulate or moderate the relationship-specific variables.

“‘Who I am’ doesn’t really matter once I know ‘who I am when I am with you,’” Eastwick said.

Joel notes she was surprised the study showed that one partner’s individual differences predictors – like life satisfaction, depression or agreeableness – explained only 5 percent of the variance in the other partner’s relationship satisfaction.

“In other words, relationship satisfaction is not well-explained by your partner’s own self-reported characteristics,” Joel said.

However, that does not necessarily mean that a person’s choice of a romantic partner is unimportant.

“Partners may help to shape the relationship-specific processes—such as conflict, intimacy, and perceived partner commitment—that do seem to be so important for relationship maintenance,” Joel added.

This large-scale machine-learning approach provides a valuable model for further research in the field of relationship science. The current datasets were sampled from Canada, the United States, Israel, the Netherlands, Switzerland and New Zealand and the researchers would like to expand to South America, Asia and Africa for future studies.

Let us know which market/industry you would like to read more so we can re-prioritise accordingly.

In a cooperation of ISA and PVN (Petro Vietnam), ISA Vietnam Event 2019 will be held at Sheraton Saigon Hotel on June 13th 2019. The event features the innovations as well as the solutions to the current challenges and hardship in field of Automation Technology. As a pioneer in Vietnam Automation Society, Daviteq’s pleasured to…

The Asia greatest exhibition for IoT solution, IoT ASIA, to be held in Singapore from 27th -28th March, 2019. Daviteq is one of the exhibitor and we have prepared a booth to show our new products such as wireless sensors and Industrial IoT Platform – Globiots. We will also focus on the exciting solutions which… 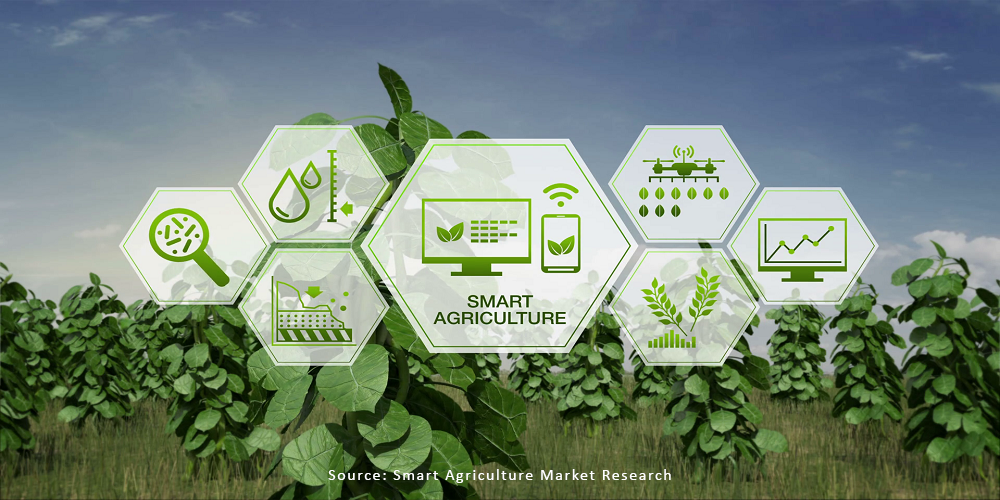 The Increasing Adoption of Digital Technologies in the Agriculture Industry

Embracing Digitisation in The Agriculture Industry Around The Globe. Digitisation is moving at a swift pace, especially in the field of agriculture. Industries like agriculture are, contrary to popular belief, at the leading edge of digital technology. We are seeing sowing is optimised, and crops are treated based on weather forecasts, infrared systems identify fields… 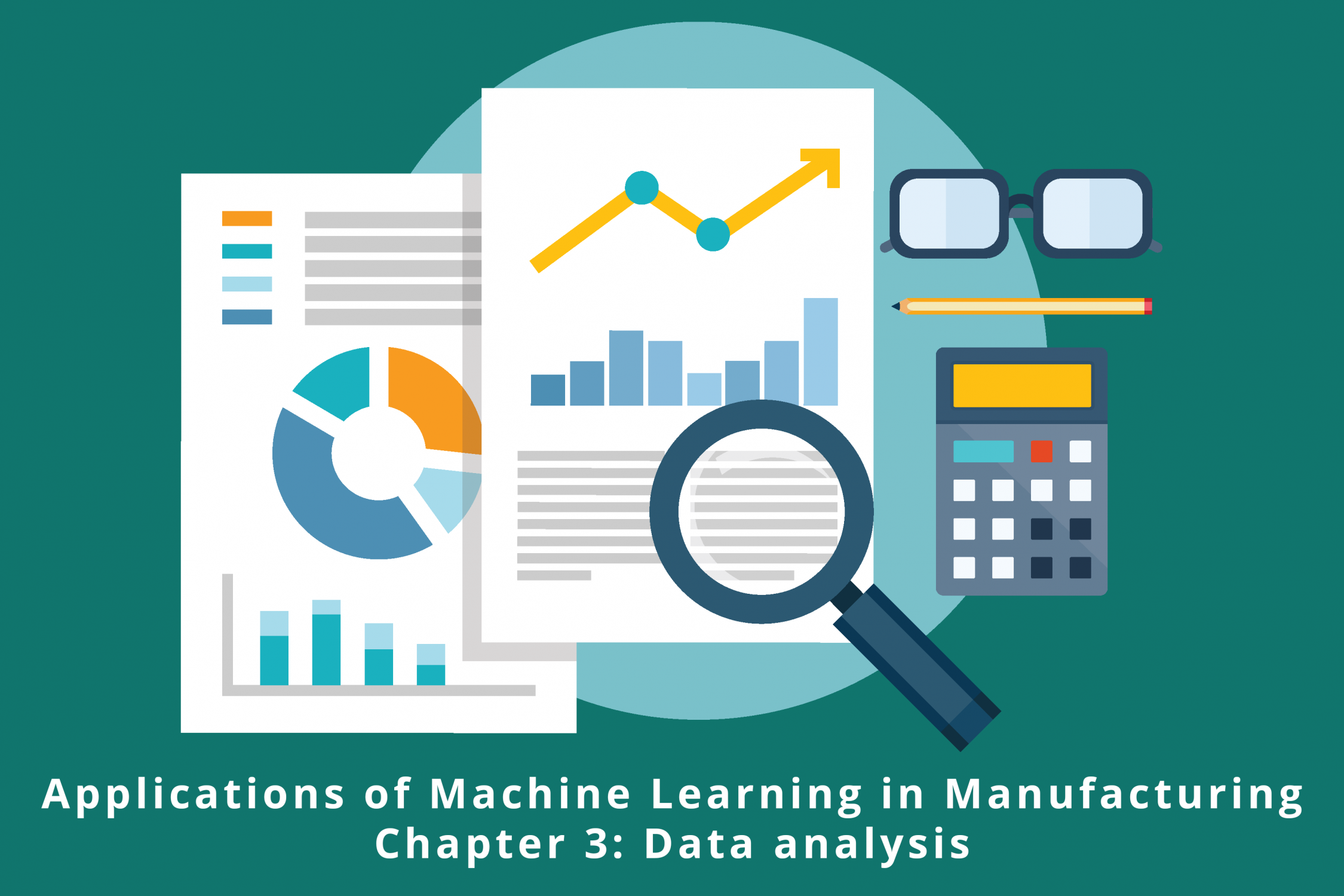 Abstract: In the previous article, data acquisition and pre-process layer was introduced. After acquiring clean data, data analysis task should be performed. Analysis of data is a vital part of running a successful business. When data is used effectively, it helps businesses have better decision-making for their future activities. There are various types of data…